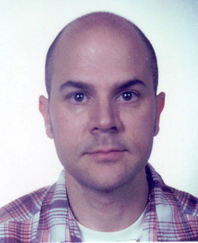 Dr. Rudnick is a past NIST employee (2006-2013) and the Founder of Spectragen Informatics (2013). His specialty area could be termed “proteome bioinformatics,” a field focused on the processing of mass spectrometry data from large-scale protein analysis by mass spectrometry (similar to the sequencing of genomic information encoded in DNA or RNA). Currently, he manages the day-to-day operations of his company and maintains guest researcher status in the Mass Spectrometry Data Center. Dr. Rudnick works with NIST on the building, running, and maintenance of a common data analysis pipeline (CDAP) used by NCI’s Clinical Proteomics Tumor Analysis Consortium (CPTAC), a program with which he has been affiliated since he began work at NIST. His past projects at NIST include the construction and maintenance of reference mass spectral libraries for peptides (http://peptide.nist.gov) and quality control (QC) analysis of proteomic analyses. Dr. Rudnick has numerous publications in the fields of microbiology, bioinformatics, and proteomics, and he has served on NIH and NSF review panels covering the same focus topics. He is an active member of ASMS, HUPO, ABRF, and is currently a member of the Proteomics Standards (sPRG) Research Group and the Education Committee (EdComm) within the ABRF.

Dr. Rudnick received his B.S. (1995) and Ph.D. (2001) degrees from the University of Arizona (under Christina Kennedy). As part of his thesis work on nitrogen fixation, he spent time at INRA-CNRS, Toulouse, France (under Daniel Kahn) as a recipient of the Scientific Chateaubriand Fellowship (1997-98). He is a graduate of the Ohio State University Microbial Physiology (1996) and Cold Spring Harbor Microbial Genetics Courses (1999).

The National Institute of Standards and Technology (NIST) is an agency of the U.S. Department of Commerce.